The Mafia Project- HELP & INFO Website.
HISTORY OF MAFIA and the Games
Fictional and non-fictional reading only. 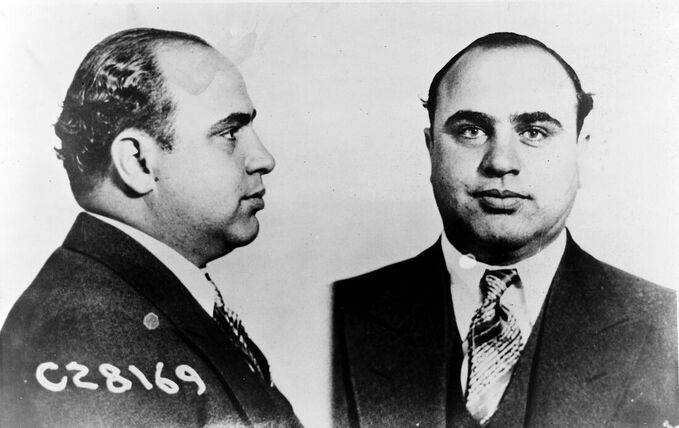 "All I ever did was supply a demand that was pretty popular." - Al Capone
Before the War
During the 1950s, urban property and land speculation were the Mafia's focus with additional interests in commercial transportation and food markets that served the city of Palermo. These sectors became more important as the population of Palermo increased by 100,000 between the years of 1951 and 1961.

During this time, a powerful relationship was born between the Mafia and the new generation of politicians. The most important and influential names in this relationship were Salvo Lima and Vito Ciancimino of the Christian Democratic Party.

Lima served as mayor and Ciancimino served as the assessor for public works between 1958 and 1964. 4,000 construction licenses were signed during this time. Interestingly, more than half of these licences were under the names of three retired individuals who had not had any construction history ever.

The First Mafia War
The first war between rival families had started over a lost shipment of drugs, heroin to be specific, in December of 1962. Followed by the murder of Calcedonio Di Pisa, who was an important member of the Sicilian Mafia, there was also a conflict of interest during the time of this fast growth in urban areas. All of the powerful families wanted control of the most profitable territories but there was not a clear distinction on which family controlled which territory.

The tension eventually burst and the Ciaculli massacre took place in June of 1963. A bomb-laden vehicle exploded in Ciaculli, a suburb of Palermo. The target of the bomb explosion was Salvatore Greco Ciaschiteddu, the leader of the Sicilian Commission of Mafia and the boss of the Ciaculli family.

Seven police officers and several military officers were killed during the process of the bomb defusing. Although the Ciaculli massacre was an act of mafia warfare between rival syndicates, this major event sparked a different war, which was a war against the mafia. Approximately 1,200 mafiosi were arrested in the ten weeks following the incident.

Many of the mafia members fled and escaped to Canada, Argentina, Brazil and Venezuela.

The Second Mafia War
The second war took place between 1981 and 1983. Over a thousand homicides occurred during this period which included the assassination of judges, prosecutors and politicians.

The second mafia war is sometimes referred to as the Great Mafia War or the Mattanza (The Slaughter-in Italian). This war altered the balance of how the mafias were structured as many mafiosos were "taken out of the game" or murdered. There were many mafia families that suffered as a result of not being able to recover from the losses.

From the 1960s onwards, the Corleonesi family had grown dramatically in terms of reputation and power.

In doing so, the Corleonesi family created many enemies, and among these enemies were Stefano Bontade, Gaetano Badalamenti and Salvatore Inzerillo. Bontade, Badalamenti, and Inzerillo were all bosses of rival Palermo mafia families and were important members of the Sicilian Mafia.

The second mafia war started with the death of Stefano Bontade. The Corleonesi family was behind this murder and was assisted by several other families of the mafia to carry out this vendetta.

This event encouraged the mafia members who lost their friends and family to collaborate with the government and the authorities. Many important names such as Salvatore Contorno turned into a state witness against the mafia. This collaboration dramatically helped the government to understand the mafia and its operations better although there are still many buried secrets left to be revealed.

During the Maxi Trials, when they asked Salvatore Contorno about the "winners" and "losers" of this war, he said: "The winning and losing clans don't exist, because the losers don't exist. They, the Corleonesi, killed them all."

Mafia War-as a game (multiplayer social network game)
The Mob Wars War....
The very 1st Mafia game was created by David Maestri. There was a  ongoing litigation between Mob Wars creator David Maestri and SGN. On December 16 the two sides reached a settlement.
The ongoing litigation between Mob Wars creator David Maestri and SGN is over. On December 16 the two sides reached a settlement. The Mob Wars game goes to Maestri, but SGN will have rights to create similar style games itself. SGN also received an undisclosed financial settlement.The history of this powerful little app is dramatic. It was first created by Maestri while still employed at SGN’s former iteration, FreeWebs, under the pseudonym Jason Gilbert. That alone is evidence that the game actually belonged to his employer. Maestri left SGN in February 2008, and SGN sued Maestri for control over the game. For more background, see here.
Mob Wars, which is a game that lets players act as criminals and rise through the mob ranks by committing crimes, fighting other players, etc., brings in a lot of money. Players use real currency to buy weapons and other virtual goods on the site. Some estimates suggest revenue may have peaked at $1 million/month, and there are nearly 2.5 million active users of the application on Facebook today.
It has also spawned a number of copycats, including Zynga’s Mafia Wars, with 2.7 million active users.
Given that the settlement allows SGN to create its own knockoffs without fear of future litigation, suggestion is that Maestri will pursue Zynga and others for intellectual property infringement.
THE STORY BEHIND MOB WARS, by  creator David Maestri - https://youtu.be/y2il4FB862w
Mob Wars Creator Puts A Hit Out On Zynga, Sues For Copyright Infringement -  https://techcrunch.com/2009/02/14/mob-wars-creator-sues-zynga-for-copyright-infringement/

Mafia Wars by Zynga
In Mafia Wars the players assume the roles of gangsters building their own mafia organization. The players fight other players online, "rob" other players, and complete jobs, missions, and operations to gain rewards and strength in the endless game. The game is a freemium game, meaning it is free to play normally but players have the option of purchasing premium content and access to customer service.

Mafia Wars was the 2009 Webby Award People's Voice Winner in the Games category.[1]

On April 5, 2016, it was announced via Zynga's forums that Mafia Wars would close down on June 6, 2016.[3]
Players were informed of this via an in-game message. The game was taken offline shortly past midnight PDT on June 7, 2016.

The game was relaunched on mobile, with revamped mechanics, in selected markets in April 2017. In July 2017, Zynga announced that all future work on the game was cancelled and the game was discontinued.
Players were pushed to play Mob Wars: La Cosa Nostra,Mafia Reloaded, The Mafia Project and Mafia World Wide, as well as some other similar mafia themed game. 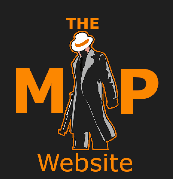